Music and Lyrics by DOLLY PARTON Book by Patricia Resnick

Based on the 20th Century Fox Picture Originally produced on Broadway by Robert Greenblatt, April 2009

9 to 5: The Musical is the hilarious new Broadway musical based on the blockbuster 1980 film. Pushed to the boiling point by their boss, three female co-workers concoct a plan to get even with their sexist, egotistical, lying, hypocritical boss. They conspire to take control of their company and learn there's nothing they can't do! Set in the late 1970s, 9 to 5: The Musical is a story of friendship and getting ahead in the Rolodex era. Outrageous, thought-provoking and even a little romantic, 9 to 5: The Musical features music by the one and only Dolly Parton!

9 TO 5, THE MUSICAL is presented through special arrangements with Music Theatre International (MTI). All authorized performance materials are also supplied by MTI. www.MTIShows.com 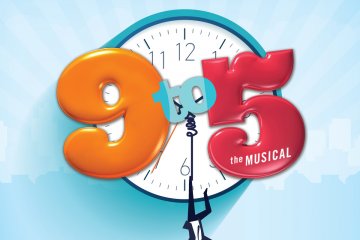