A Conversation with John Leguizamo

A multi-faceted performer and Emmy Award winner, John Leguizamo has established a career that defies categorization. With boundless and visceral creativity, his work in film, theatre, television, and literature covers a variety of genres, continually threatening to create a few of its own.

Leguizamo starred in Barry Levinson's feature HARRY HAFT alongside Danny DeVito and Ben Foster, as well as in Paramount's comedy PLAYING WITH FIRE alongside Keegan-Michael Key and John Cena.

John was nominated for the Best Supporting Actor in a Limited Series Emmy for his work on Netflix's WHEN THEY SEE US. He toured his one-man Broadway show LATIN HISTORY FOR MORONS, which was turned into a Netflix special as well.

He has previously been seen in THE INFILTRATOR opposite Bryan Cranston for Broad Green Pictures, the Universal Pictures feature SISTERS opposite Tina Fey and Amy Poehler, the Lionsgate action comedy AMERICAN ULTRA with Jesse Eisenberg and Kristen Stewart, and Atlas Indepen dent's THE HOLLOW POINT opposite Patrick Wilson and Jim Belushi.

Leguizamo has also starred alongside writer/director Jon Favreau in the Open Road feature CHEF, and in the Universal Pictures breakout comedy hit RIDE ALONG opposite Ice Cube and Kevin Hart.

In addition, John starred in the third season of Netflix's critically acclaimed, Emmy nominated series BLOODLINE, in which he played the role of "Ozzy Delvecchio" alongside Kyle Chandler, Ben Mendel sohn, Linda Cardellini, and Chloe Sevigny. Other television credits include Paramount Network's WACO, for which he was nominated for an Emmy for Best Supporting Actor in a Limited Series.

He also reprised his role of "Aurelio" in JOHN WICK 2 opposite Keanu Reeves, Ian McShane and Common. 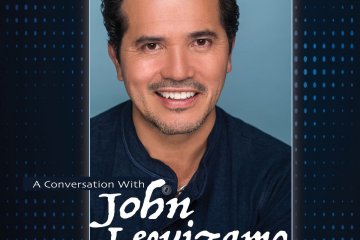